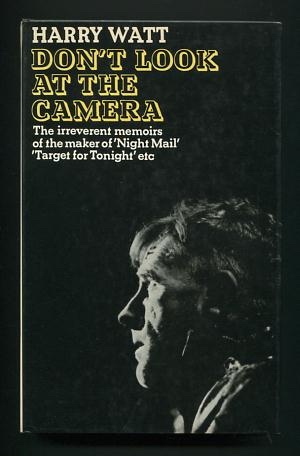 [light foxing to top of text block, otherwise a very nice copy with no discernible wear; jacket just a teensy bit rubbed, hardly noticeable under new jacket protector]. Memoir by the pioneering British documentary filmmaker, who began his career working for Robert Flaherty on MAN OF ARAN and John Grierson at the Empire Marketing Board, and went on to make such classic documentaries as NIGHT MAIL and TARGET FOR TONIGHT, as well as a handful of dramatic feature films (most notably THE OVERLANDERS).
View More...