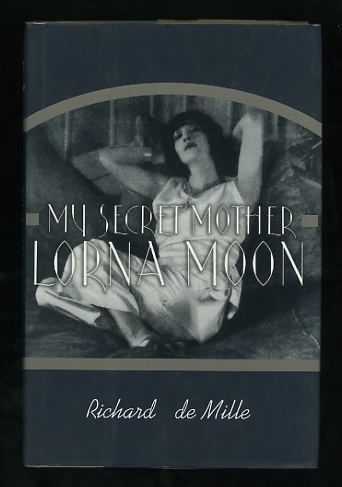 [very slight wear and minor bumping to bottom edge; jacket shows just a bit of surface-scratching]. (B&W photographs) Fascinating memoir by the adopted son of famed movie producer/director Cecil B. DeMille, and his discovery -- many years after the fact -- that his birth mother was "an exotic figure of silent-film-era Hollywood," the novelist/screenwriter/newspaperwoman Lorna Moon, and that he was the illegitimate product of her liaison with Cecil's brother William de Mille. Oh, what a tangled web these silent movie people wove!
View More...