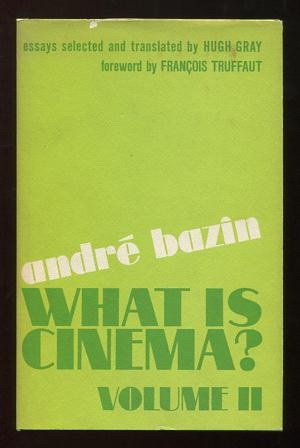 What is Cinema? Volume II

By: Bazin, Andre (selected and translated by Hugh Gray)

[no discernible wear to book, some faint soiling to edges of text block; jacket has one tiny surface-nick at top edge of front panel, spine slightly tanned]. The second English-language collection of essays by Bazin, "the most important film theorist since World War II, [whose] ideas have been discussed throughout the film world and have influenced film making as well as film analysis. All [the essays] display Bazin's astonishing sensibilities at work on a wide range of subjects: from the stylistic integrity and love he sought in neorealism, through the mythological structures he discerne...
View More... 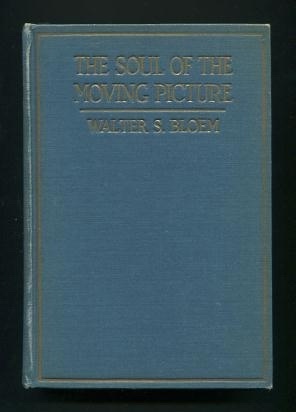 The Soul of the Moving Picture

By: Bloem, Walter S. (translated from the German by Allen W. Porterfield)

(no dust jacket) [light wear to extremities and a bit along hinges, gilt spine lettering a bit dulled but still fully readable, one-time owner's name at top of ffep, light staining to rear free endpaper]. (B&W photographs) An early attempt to formulate an aesthetic of the cinema, not on a purely theoretical basis but also grounded in the realities of film production and economics: the author, as a scenarist himself, was well aware that this still-nascent art form operated as a unique fusion of art and business, and that "the task of the film artist is always....to effect a happy union bet...
View More...

[nice clean, as-new book, with no discernible wear]. Trade PB (B&W photographs) "Between 1927 and 1933, the journal Close Up presented itself as 'the only magazine devoted to film as an art.' Edited by Kenneth Macpherson with the novelist Bryher and the poet H.D., Close Up promised 'theory and analysis; no gossip.' This anthology makes available some of the liveliest and most important articles from Close Up. The writing is theoretically astute, politically incisive, open to ideas from psychoanalysis, and passionately committed to a 'pure cinema' and an international film culture separ...
View More... 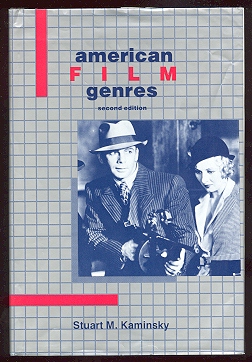 [ex-library book but virtually unmarked (just small library stamp on top edge), remnants of former jacket cover (now replaced) on both pastedowns (covered by jacket flaps); jacket has some minor creasing/wrinkling]. (B&W photographs) Updated and considerably-revised edition of the author's groundbreaking book, originally published in 1974; much harder to find than the original. The chapters from the previous edition on the big-caper film and the musical have been removed; new material includes a chapter on Sergio Leone and ONCE UPON A TIME IN AMERICA, a chapter about Kung Fu films, a chapter o...
View More... 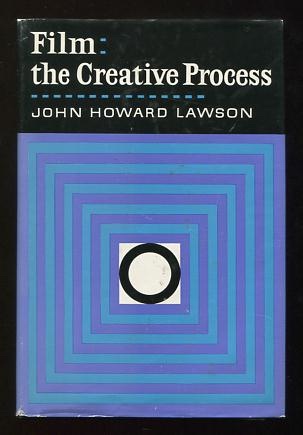 Film: The Creative Process: The Search for an Audio-Visual Language and Structure

[nice clean book, minimal wear to spine ends, a couple of tiny spots on top edge of text block; jacket lightly edgeworn (see notes)] (B&W photographs) A major theoretical work by the outspoken Hollywood Ten screenwriter, who apparently had a lot of time on his hands to think about such matters; a little prison time and some blacklisting will do that for you. The book is described in the jacket blurb as "the first serious attempt by an American writer to develop an aesthetic of the film, [combining] intimate practical experience in Hollywood with an understanding of avant-garde theory and...
View More...

Kino-Eye: The Writings of Dziga Vertov

[nice tight book with no significant wear, would rate "Fine" but for heavy foxing to the top edge of the text block; jacket shows only light handling wear]. (B&W photographs) "Vertov's writings, collected here, range from calculated manifestoes setting forth a new, heroic vision of film's potential to dark rumination on the inactivity forced upon him by the growing bureaucratization of the Soviet state and its film industry. His theory was at every point elaborated in direct, vigorous relation with practice; his doctrine of the kino-eye, breaking with film's subjection to traditi...
View More...

The Taste for Beauty

[nice clean, as-new book, with no discernible wear]. (Cambridge Studies in Film) Series Trade PB (B&W photographs) "A collection of essays by the filmmaker and critic Eric Rohmer that were originally written for the French film review Cahiers du Cinema between 1948 and 1979. Rohmer, one of the founding members of the French 'New Wave' cinema, was one of the journal's original critics and also served as its editor. Divided into four sections, the essays deal with fundamental and theoretical questions of filmmaking from a single theoretical viewpoint. Rohmer writes in depth on the issues ...
View More... 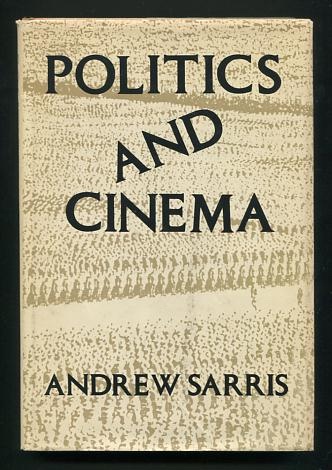 (price-clipped) [nice clean book, minor browning to cloth at top of spine, no other discernible wear; jacket has a couple of internal tape-repairs, minor wear to extremities]. This selection of Sarris's reviews and essays, mostly dealing with politically-themed films from 1971 through 1978, "explores the often adversary relationship between political reality and film illusion in the recent cinema [and] in the vital social issues surrounding Watergate, the Hollywood blacklist, and the renewed interest in Nazi Germany. Sarris dismantles many of the film industry's questionable attempts at ...
View More... 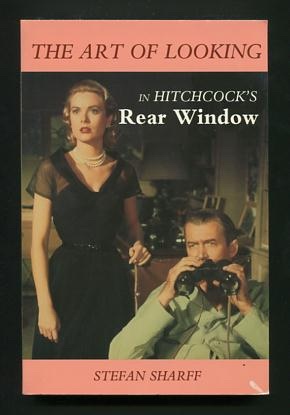 The Art of Looking in Hitchcock's REAR WINDOW

[small surface flaw at lower right-hand corner of front cover, otherwise a nice clean copy, virtually as new]. Trade PB (B&W photographs) The author "shows us how Hitchcock achieved the mounting excitement and fear that mark this film. [He] first provides a detailed overview of the director's skill in developing the story from intriguing start to shattering climax. In the second part of the book, he goes on to a shot-by-shot analysis; using the film's continuity as his text, he describes how Hitchcock's technique accomplished its magic. Illustrated throughout with stills from the film, ...
View More...