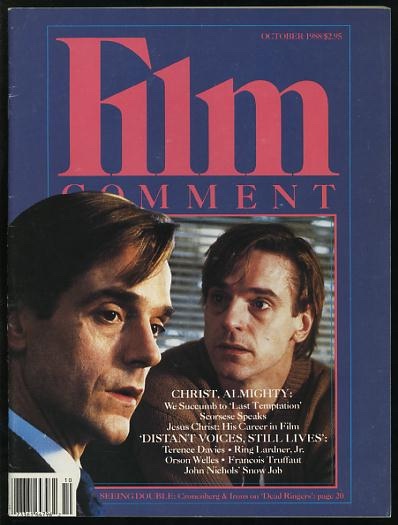 [nice clean copy, light surface wear to covers, a few short horizontal stress lines along spine]. (B&W photographs) Contents include: an extensive midsection devoted to Martin Scorsese's THE LAST TEMPTATION OF CHRIST, including a long interview with the director and a historical survey of the portrayal of Jesus Christ in the cinema; an extensive interview with screenwriter Ring Lardner Jr., blacklisted as one of the Hollywood Ten; an analysis of David Cronenberg's work (including an interview), with primary focus on DEAD RINGERS; "Wishing Welles," an discussion of the major film projec... View more info 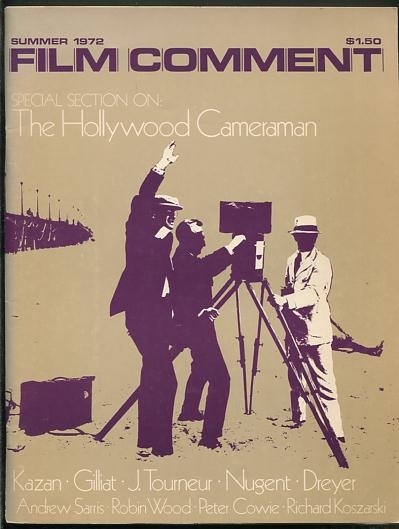 [nice clean copy, light wear along spine]. (B&W photographs) The primary feature of this issue is a special supplement, "The Men With the Movie Cameras," featuring filmographies for sixty great cinematographers. Other features include: "Elia Kazan's America" by Estelle Changas, plus an interview with Kazan; Part 2 of Andrew Sarris's article on Ernst Lubitsch in the 1930s; an interview with Penelope Gilliatt; "Passion, Death and Testament: Carl Dreyer's Jesus Film"; a discussion of the films of Jacques Tourneur, by Robin Wood; discussion of IMITATION OF LIFE (Douglas Si... View more info 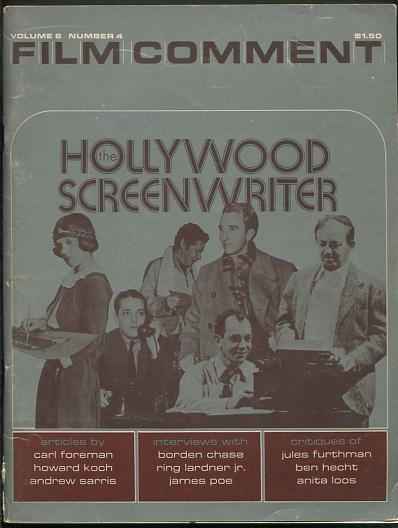 [some scuffing/rubbing to covers, moderate to heavy wear along spine (spine staples still holding firm)]. (B&W photographs) A special issue devoted to screenwriters, this was essentially the editor's opening salvo in his crusade to provide a corrective to the so-called "auteur theory," which exalted the director as the primary filmic creator, and which had taken firm hold in American film criticism during the 1960s thanks largely to the writings of Andrew Sarris. Corliss takes on Sarris and the auteurists directly in his introductory essay, while at the same time tweaking their noses... View more info 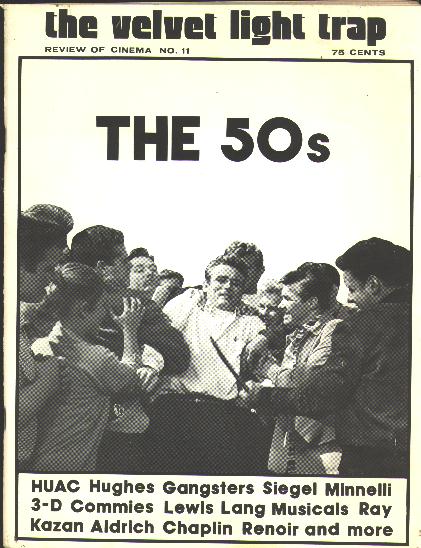 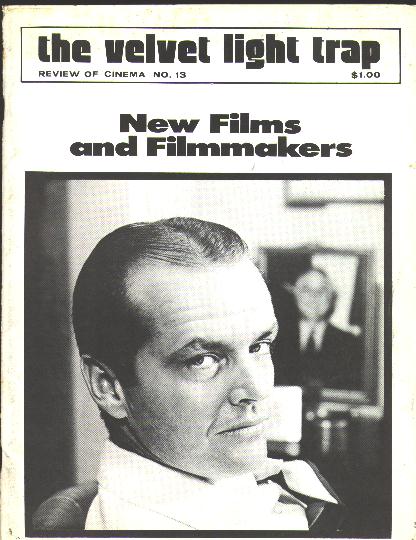 [moderate soiling/rubbing to front cover]. (B&W photographs) Critical/historical film journal. Contents include articles on: THE EXORCIST (William Friedkin); A CLOCKWORK ORANGE (Stanley Kubrick); CHINATOWN (Roman Polanski); director Robert Mulligan; the recent films of Blake Edwards; the films of Noel Black; "The Search for Self in the Films of Nicolas Roeg"; the BILLY JACK phenomenon; formalist cinema. ***NOTE that we have many more issues of this title (and other film magazines) in stock, and welcome your inquiries. View more info 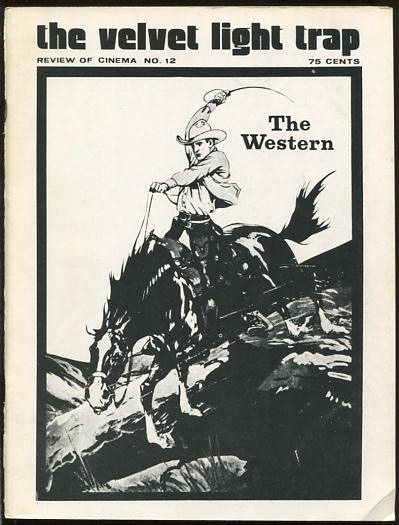 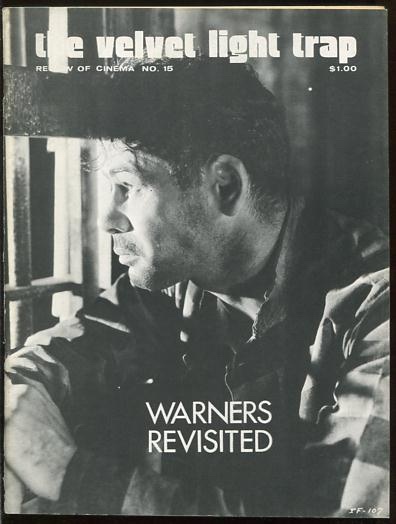 The Velvet Light Trap (Fall 1975): Warners Revisited [cover: Paul Muni in I AM A FUGITIVE FROM A CHAIN GANG] 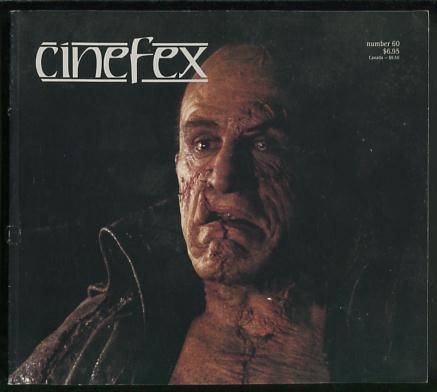 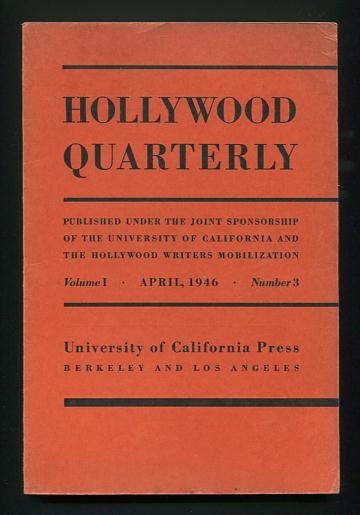 [nice copy, binding fully intact, some uneven fading to rear cover]. Early issue of the one of the earlier American academic film journals, "published under the joint sponsorship of the University of California and the Hollywood Writers Mobilization," the latter represented on the editorial board by John Howard Lawson. Feature articles in this issue: "Early Film Production in England" by Georges Sadoul; "Acting and Behaving" by Alexander Knox; "They Stopped at Nothing" by John Elliot Williams (about the history and practice of movie advertising); "Advanced ... View more info 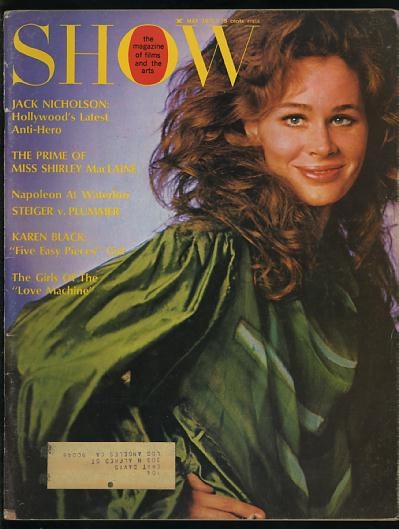 [moderate wear along spine, mailing label on front cover, very light soiling to rear cover]. (B&W/color photographs) Profiles of Karen Black, Jack Nicholson, and Shirley MacLaine; Part Two of the Bette Davis article (begun in previous issue); an article on the making of Sergei Bondarchuk's NAPOLEON; an article on the making of DUSTY AND SWEETS McGEE; an article on GLEN AND RANDA and director Jim McBride; pictorial feature, "The Girls of THE LOVE MACHINE," with some extremely discreet semi-nudity; film reviews. View more info 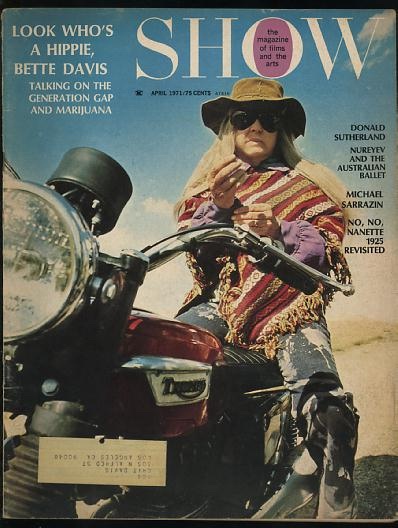 [light overall wear, minor soiling to rear cover, mailing label on front cover]. (B&W/color photographs) The cover is of Bette Davis in "hippie" garb, seated on a motorcycle, as she appeared in BUNNY O'HARE; Part One of the article on Davis is in this issue (continued in next). Other articles include: profiles of Michael Sarrazin, Shelley Duvall, and Donald Sutherland; an article on Rudolf Nureyev and the Australian Ballet; an article on the making of THE SKI BUM (based on the Romain Gary novel); an article on the Broadway revival of " No, No, Nanette" (staged by Busby Berkel... View more info 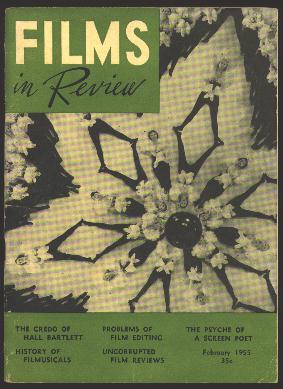 Publisher: New York, National Board of Review of Motion Pictures: 1955

[moderate external wear, minor soiling to rear cover]. (B&W photographs) Includes: article by producer/director Hall Bartlett, "The Fighting Independent"; survey of the history of film musicals; "Film Editing" by William B. Murphy; career article on British documentary filmmaker Humphrey Jennings. ***NOTE that we have many more issues of this title (and other film magazines) in stock, and welcome your inquiries. View more info 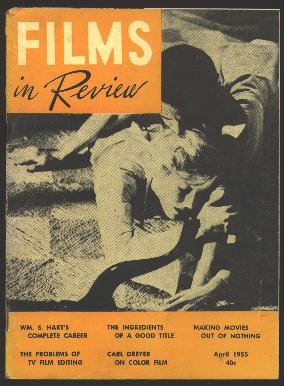 Publisher: New York, National Board of Review of Motion Pictures: 1955

Films in Review (May 1956) [cover: Ava Gardner in BHOWANI JUNCTION]

Publisher: New York, National Board of Review of Motion Pictures: 1956

[light edgewear, a bit of scuffing to front cover]. (B&W photographs) Includes: article, "The Soviet Directors' Debt to [D.W.] Griffith" by Seymour Stern; "Death by Airplane," an article about eight movie stars who died in plane crashes; movies on television. ***NOTE that we have many more issues of this title (and other film magazines) in stock, and welcome your inquiries. View more info 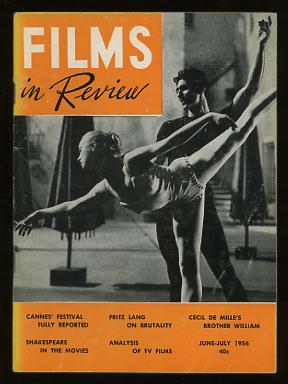 Films in Review (June-July 1956) [cover: Claire Sambert and Igor Youskevitch in INVITATION TO THE DANCE]

Publisher: New York, National Board of Review of Motion Pictures: 1956

[good clean copy, moderate exterior wear]. (B&W photographs) Includes: report on the 1956 Cannes Film Festival; "Shakespeare on the Screen"; article, "Fritz Lang Today"; career survey (with filmography) of William C. de Mille. ***NOTE that we have many more issues of this title (and other film magazines) in stock, and welcome your inquiries. View more info 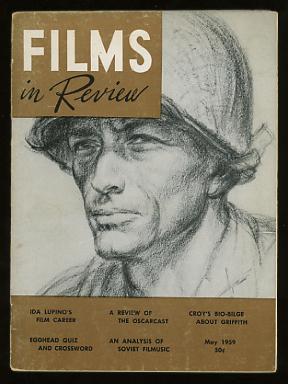 Publisher: New York, National Board of Review of Motion Pictures: 1959

[moderate wear to covers and along spine]. (B&W photographs) Includes: Ida Lupino career survey (with filmography); review of the Academy Awards telecast; a highly uncomplimentary review, by Seymour Stern, of Homer Croy's biography of D.W. Griffith, "Star Maker") (prefaced by an editorial note stating that the book is "completely worthless, but because of D.W. Griffith's importance in the film history we publish this extensive and detailed analysis of it") (the article itself is entitled "Biographical Hogwash," and refers to the Croy book as "a fraud and a hoax from... View more info 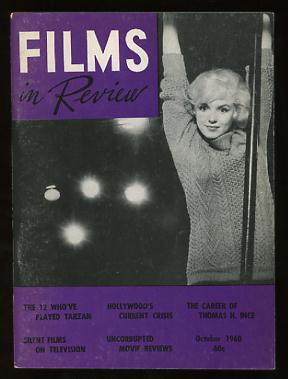 Publisher: New York, National Board of Review of Motion Pictures: 1960

[light rubbing to covers, mild edgewear]. (B&W photographs) Includes: Thomas H. Ince career survey; article, "The 12 Tarzans," about the various actors who've played the ape-man; article, "Hollywood--An Invalid?" by the LA Times movie critic, arguing that "Hollywood's current crisis is serious." (LET'S MAKE LOVE, featured on the cover, is among the films reviewed in this issue.) ***NOTE that we have many more issues of this title (and other film magazines) in stock, and welcome your inquiries. View more info 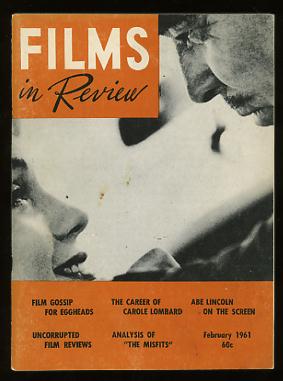 [moderate edgewear, minor wrinkle at bottom of rear cover, minor external soiling]. (B&W photographs) Includes: Carole Lombard career survey (with filmography): "Lincoln on the Screen" by Robert C. Roman. Films reviewed include THE MISFITS, which editor Hart found "very interesting, but for [the] wrong reasons. As a motion picture it is mediocre, being rather venally conceived [!], amateurishly written, and perfunctorily directed, photographed and edited. But, as a collection of assorted items of current film history, it is downright fascinating." He also opines that Maril... View more info 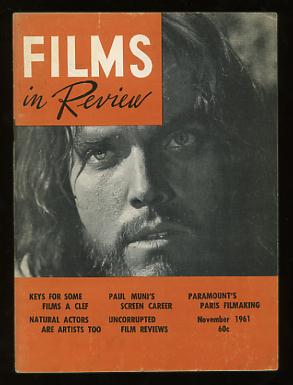 [moderate external wear, light rubbing/soiling]. (B&W photographs) Includes: Paul Muni career survey (with filmography); article on "films a clef"; article about Paramount's film production at Joinville, France (by Charles Ford, translated from the French). Films reviewed include BREAKFAST AT TIFFANY'S, KING OF KINGS, SPLENDOR IN THE GRASS and WEST SIDE STORY. ***NOTE that we have many more issues of this title (and other film magazines) in stock, and welcome your inquiries. View more info 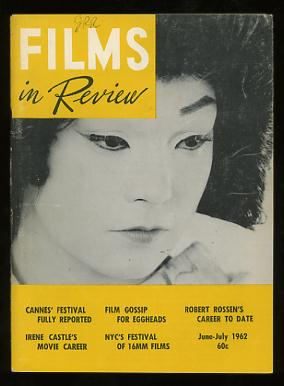 Films in Review (June-July 1962) [cover: Shirley MacLaine in MY GEISHA]

Publisher: New York, National Board of Review of Motion Pictures: 1962

[decent copy, minor external wear, previous owner's initials at top of front cover, small damaged spot on rear cover]. (B&W photographs) Includes: three-part survey of Robert Rossen's career (two short articles and a filmography); an article about the film career of Irene Castle (with filmography); coverage of the 1962 Cannes Film Festival. ***NOTE that we have many more issues of this title (and other film magazines) in stock, and welcome your inquiries. View more info