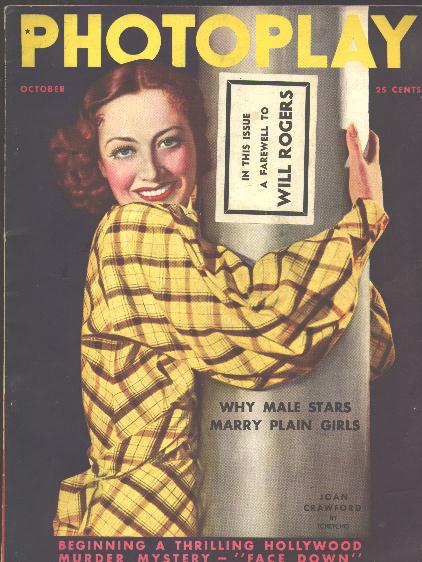 [nice copy, minor edgewear, one small tear at right edge of front cover, some traces of erased writing in the P and H of the title; printed label announcing "In this issue: a farewell to Will Rogers" affixed to front cover, but not obscuring either the cover portrait or the magazine's title]. (B&W photographs) Feature articles include: two-page (mostly pictorial) "Tribute to a Great Man" (Will Rogers); "CURLY TOP [Shirley Temple film] Sets the Fashion for Little Girls"; "What Love Has Done for Chaplin"; "Why Male Stars Marry Plain Girls"; articles on Wa... View more info 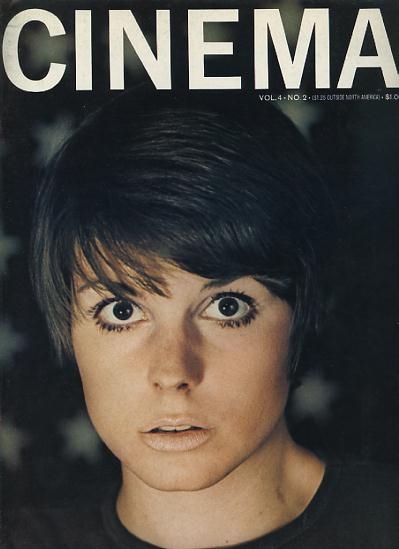 [nice copy, minor handling wear, light soiling to rear cover]. (B&W photographs) Contents include: an interview, entitled "I Can't blow this gig," with author James Baldwin, who was then engaged in trying to write the screenplay for a biopic of Malcolm X (whether Baldwin blew it or not, the gig was abandoned--or rather, deferred, as when MALCOLM X finally did make it to the screen in 1992, its producer was Marvin Worth, the same producer that Baldwin was working with in 1968); an interview with executive Kenneth Hyman, then head of Warner Bros.-Seven Arts (who, when referencing various... View more info

[nice clean copy, very slight bumping at spine ends, minor wear along spine]. (B&W photographs) The cover feature is "John Ford; a monograph by Lindsay Anderson" (originally written in 1955 but here published for the first time; later revised, in book form, as "About John Ford"). Also in this issue: an article on THE RISE OF LOUIS XIV (Roberto Rossellini); "The Electric Film-Maker" (re new forms of television exhibition); a short interview with, and several reminiscences of, Kenji Mizoguchi; an analysis of the films of Robert Bresson; "Slut Bitch Virgin Mother--Th... View more info 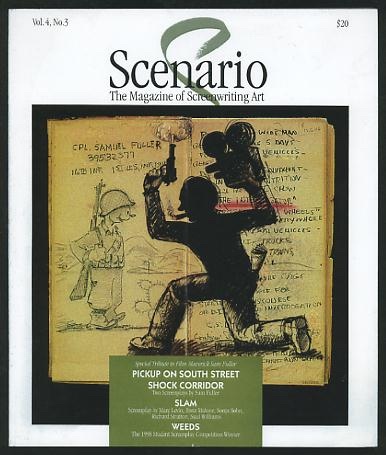 [nice clean fresh copy, with just a few traces of handling wear here and there]. About half of this issue is devoted to Fuller. In addition to the screenplays for PICKUP ON SOUTH STREET and SHOCK CORRIDOR (both published for the first time), there is a keynote essay on the writer/director by J. Hoberman, excerpts from various interviews with Fuller, and, most fabulously, reproductions of pages from his war journals, which contain numerous cartoons which are just as punchy and his films, and just as vivid as he was in real life. Essential for the Fuller fan, and a terrific companion piece to h... View more info 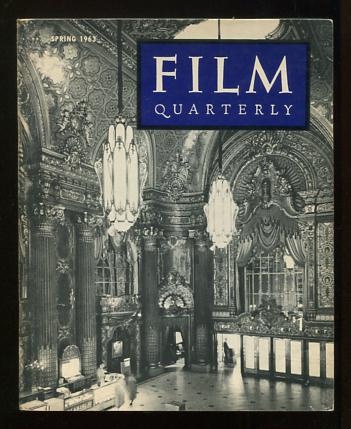 [nice clean copy, minor rubbing/scuffing to rear cover, a little wear at extremities]. (B&W photographs) Founded in 1946 as "Hollywood Quarterly," this was one of the best "serious" film journal of its day, and one of its greatest pleasures was encountering the early film criticism of Pauline Kael, preceding her legendary stint at The New Yorker, which commenced in 1968. This issue, in addition to Kael's review of Peter Ustinov's BILLY BUDD (which she generally praises, but also typically uses to get in a shot at Lewis Milestone's "slovenly, incoherent" MUTINY ON THE ... View more info